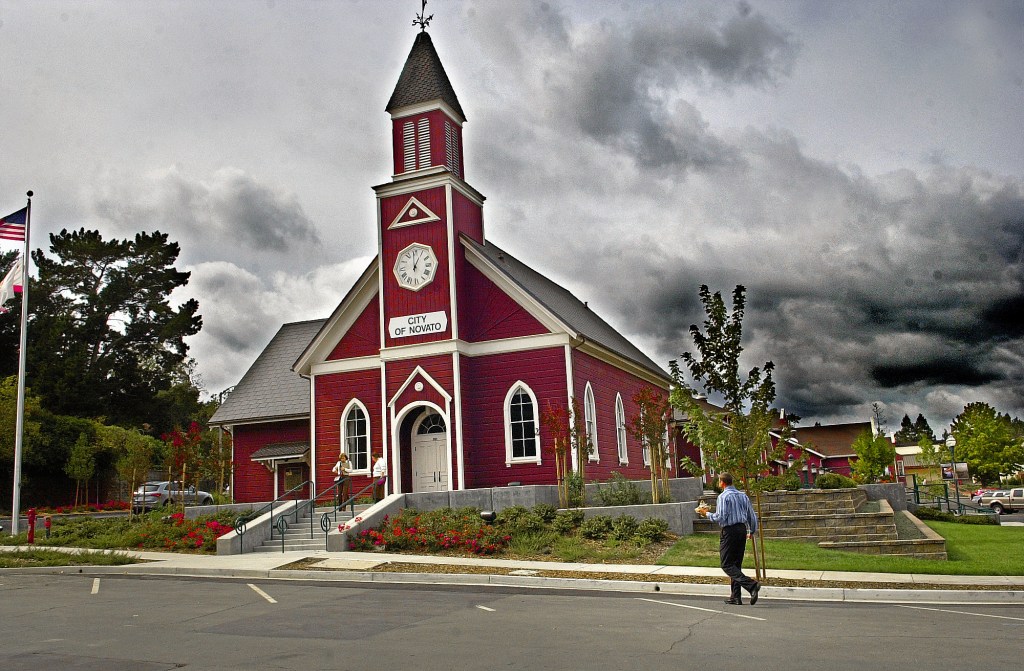 Novato might soon have its first recreational cannabis businesses since California voted to legalize marijuana in 2016.

The Novato City Council voted this week to give conditional approval to four prospective operations. The applications include a delivery service in the San Marin neighborhood, an indoor cultivation business in the Bel Marin Keys area, a manufacturing operation on Hanna Ranch Road and a delivery business at the same address.

None of the businesses would provide storefront sales like a dispensary would. The city does not allow such sales under the marijuana business rules it approved in late 2019, though the council is weighing whether to change that.

Each of the business applicants was reviewed and graded by a committee that included staff from the city, the police department, water and sanitation agencies and the fire district. All four applicants received the minimum 80% score needed to advance to the council for conditional approval on Tuesday.

With the council’s approval, the businesses have up to two years to secure a state cannabis license and any other permits or approvals required to open.

The application for the Highway 420 cannabis delivery service at 205 San Marin Drive received the most scrutiny from council members and residents. It would operate in a residential area and less than a mile from San Marin High School.

The applicants are longtime Novato residents Justin Pool and wife Jennifer Durham. They also own the state-licensed JD Ag Services cannabis farm in Mendocino County and have been in good standing for three years, according to the city.

“We bring a great deal of cannabis business experience to this project and we’re very excited to bring an exceptional delivery service to this area,” Durham told the council on Tuesday.

Councilwoman Susan Wernick, who represents the San Marin neighborhood, took issue with the location. While it meets the city’s minimum 600-foot distance from schools and other areas where children gather, Wernick said many residents are concerned with a cannabis business opening in a neighborhood.

Wernick said putting the business in an area with more nearby commercial space would be more appropriate, she said.

“I’m not afraid of cannabis, but this is new in the city,” Wernick said. “We haven’t done this before. This is very unique that this is smack-dab in the middle of a residential neighborhood.”

“Although maybe it’s not the perfect location, it is perfectly allowed by the policy that we set,” Lucan said.

The council voted 3-1-1 to give conditional approval to Highway 420 with the requirement that residents located within 1,000 feet be notified when the business seeks to renew its permit in two years. Wernick dissented. Councilwoman Denise Athas recused herself because one of her employees is the leasing agent for the applicants.

The council voted unanimously to provide conditional approval for the three other businesses. Kevin Igersheim, Brian Igersheim and Aaron Maddox propose to open the Marin Connection indoor cultivation business at 22 Commercial Blvd., where their business Marin Kombucha is also located. They plan to grow up to 300 square feet of cannabis canopy at a time, according to city staff.

Novato Cannabis Co. chief executive Michael Clarkson intends to open a delivery service and a business that includes product manufacturing and distribution at a yet-to-be-completed industrial center at 5400 Hanna Ranch Road near the intersection of Highways 101 and 37.

While about 64.7% of Novato voters and 69.9% of Marin voters voted in favor of legalizing recreational cannabis through Proposition 64 in 2016, some residents expressed discomfort with allowing the marijuana industry into the city.

“Many Novatoans are hesitant about welcoming a risky business like cannabis into our community,” said Barbara Watson, a 51-year Novato resident.

Novato Community Development Director Vicki Parker said the studies she and her staff reviewed do not indicate that allowing cannabis will automatically cause crime to spike, as some residents fear.

“What that leads me to believe is a couple of things: It’s very situation-specific and it’s very regional-specific depending on what crimes are happening in your region, period,” Parker said.

While police Chief Matthew McCaffrey said he did not support marijuana legalization, cannabis businesses are being held to strict state standards similar to alcohol retailers.

“Ultimately, crime related to this type of business many times is related to the amount of crime that already exists in a community where they occur,” McCaffrey said. “Novato is a very safe community. We have a very low crime rate and I don’t see these types of businesses affecting that.”