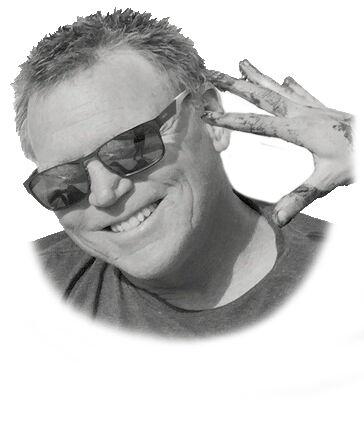 Colorado started with medical marijuana and in 2014 legalized recreational sales. Business is booming. There were more than $1.5 billion in legal herb sales in Colorado last year. This does not account for the underground market, which is still here and probably stronger than ever.

Cannabis tourists come here. They join long lines of local and regional recreational users waiting for their turn at the counter. It could be argued that some retailers are selling overpriced, overgrown and overblown weed and edibles. I work next door to a dispensary. Customers don’t seem to mind.

Some dispensaries feature kids with white lab coats, saggy pants and backwards ball caps greeting customers, sharing their expertise about indica, sativa and hybrids. Are you going to listen to music? Watch a movie? Run a marathon? There are different strains that do different things. The medicine man awaits and knows what you need.

Even in conservative communities, $266 million in tax revenue is hard to resist.

But what about stoner gun owners? It turns out that federal law prohibits marijuana users from owning guns or ammunition. You can be a deranged lunatic and own an assault rifle, but you cannot use any form of marijuana and legally possess any gun.

“Any person who uses or is addicted to marijuana, regardless of whether his or her state has passed legislation authorizing marijuana use for medical purposes … is prohibited by federal law from possessing firearms or ammunition,” ATF spokeswoman Janice L. Kemp said in an email to The Associated Press (AP) in late 2017.

Is this a violation of our Second Amendment rights? Seems like the most important amendment these days.

This may be a stretch, but I wouldn’t be surprised if lots of people own firearms and smoke bud. I know a few.

Most stoners that I know aren’t the type to get up and start shooting. I recently saw a gun enthusiast friend who was stoned to the point of stupefaction. He was docile, hungry and harmless. If he had reached for a handgun as fast as he had reached for seconds on the pumpkin dessert, we all would have been in trouble. But he didn’t. My man was a mellow vegetable. The edibles he’d consumed and blunts he had smoked had slowed him down. He was operating at a different speed. Happy at home.

Just like the federal laws regulating marijuana, the federal prohibition on weed users having guns is not often enforced, but that could change or differ from state to state.

Former Republican Attorney General Jeff Sessions made it known that he doesn’t like weed or those who use it.

Imagine if drunks, prescription pill prescribers and pick-up drivers were not allowed to possess firearms. Add them to the stoners, and no one would have a gun!

Savvy sellers are making a fortune, and kids are moving to Colorado just to exercise their rights and enjoy the Rocky Mountain vibes. Can you blame them? They come here to enjoy the mellow vibes and work in the industry as trimmers and bud tenders.

Even the homeless come here for the weed. A U.S. Department of Housing and Urban Development study found that Colorado, Washington and Oregon — all states with legalized marijuana — were among the top four states with an increase of homeless people between 2017 and 2018.

Other states are following our lead, with citizens voting for freedom and legislators looking to make budgets.

And the weed itself? Everything has changed. Nowadays, many legal nuggets are grown at factory farms, using chemicals, minerals, mite killers and blossom boosters to produce the most astounding female buds as fast as possible for the most profit.

Steve Skinner thinks some adjustments are in order. Reach him at [email protected]