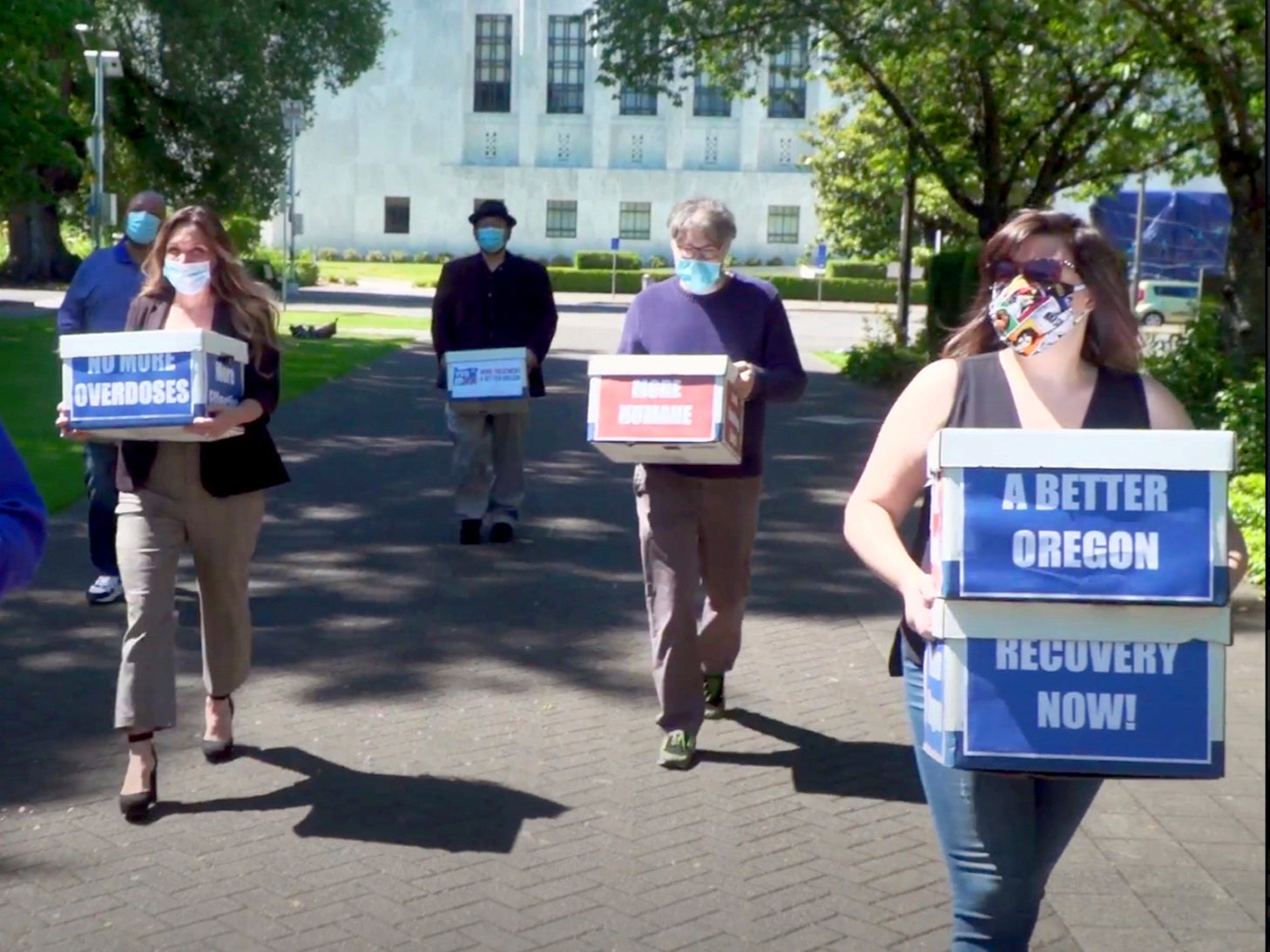 Oregon has become the first US state to decriminalise hard drugs, as a ballot measure reducing the punishment of possession to a fine came into effect on Monday.

As part of the measure, Oregon police can no longer arrest someone for possession of small amounts of heroin, methamphetamine, LSD, oxycodone and other hard drugs.

Those caught in possession will now face a $100 (£73.06) fine or a health assessment that could possibly lead to addiction counselling.

The measure was passed by a wide margin in Oregon in November, but came into effect on Monday, making the state the first in the US to adopt the policy.

“Today, the first domino of our cruel and inhumane war on drugs has fallen, setting off what we expect to be a cascade of other efforts centering health over criminalisation,” Kassandra Frederique, executive director of the Drug Policy Alliance, told the Associated Press this week.

Backers of the measure said that treatment needs to be the priority for those caught in possession of hard drugs, as they claim that criminalising them has not worked.

They have said that in addition to the prison sentence, a criminal record makes it difficult for someone to find a job or housing and can affect the rest of their life, according to the AP.

However, around two dozen district attorneys in Oregon opposed the measure, labelling it reckless and arguing that it would lead to more of an acceptance of dangerous drugs.

Matt Sutton, the spokesman for the Drug Policy Alliance, told the AP that those found in possession of small quantities of drugs would only face a civil citation, which he likened to “a traffic ticket”.

Under the new measure, addiction recovery centres will be funded by millions of dollars of tax revenue from the state’s legalised marijuana industry.

Addiction recovery centres will be tasked with “triaging the acute needs of people who use drugs and assessing and addressing any on-going needs thorough intensive case management and linkage to care and services.”

The recovery centres are expected to be well funded, as Oregon’s marijuana industry continues to grow.

In an email to the AP, Oregon Education Association president John Larson said that “in the future, as Oregon’s treatment programs reach full funding, the state should evaluate what other services would benefit from our continually growing marijuana tax revenues.”

Marijuana is currently legal in 11 states and Washington, DC, while voters in Arizona, Montana, New Jersey and South Dakota all approved ballot measures in November 2020 to legalise it for adults.

Oregon was the first state to decriminalise marijuana possession in 1973, but did not legalise recreational use of the drug until 2014.

However, there are not yet any plans for the state to pursue the legalisation and a regulated market of hard drugs in the state.

The decriminalisation of hard drugs in the state should prevent around 3,700 Oregon residents being convicted for possession, according to the Oregon Criminal Justice Commission.

The state commission also claimed that the policy is predicted to cause significant reductions in racial and ethnic disparities in convictions and arrests.

Several countries, including Portugal and Switzerland, have already decriminalised possession of small amounts of hard drugs.

Decriminalisation in Portugal did not bring any extra drug deaths, while the number of people treated for addiction in the country rose 20 per cent from 2001 to 2008 before eventually stabilising.