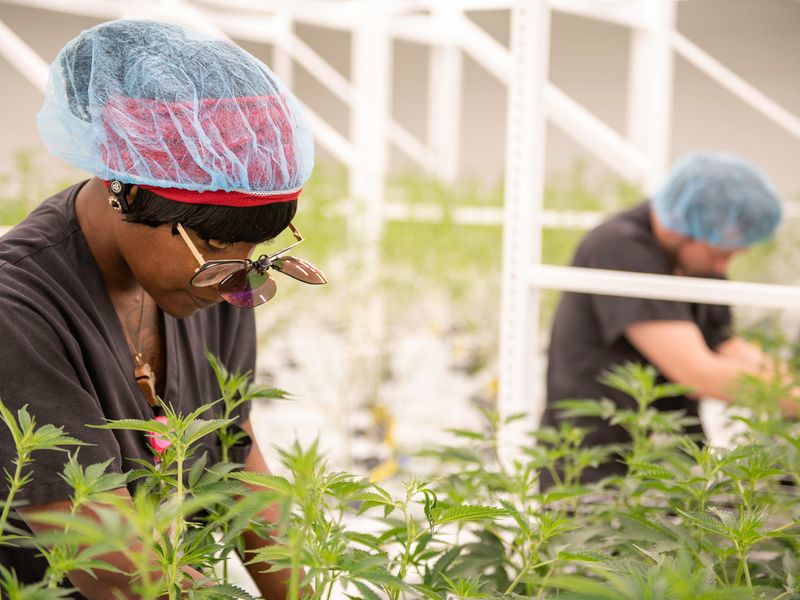 With the industry beginning to mature, and with changes made to how patients can get their cards and buy material during the pandemic, sales of medical marijuana products in the Buckeye State grew nearly four times in 2020 over the inaugural sales year that kicked off in January 2019.

There was about $277 million in sales generated in Ohio’s Medical Marijuana Control Program (OMMCP) between 2019 and 2020. About 80% of that occurred last year.

The first two years of retail sales combined have generated an estimated $19 million in sales tax revenue. The bulk of that comes at a time when state coffers are seeing drops in sales tax collections amid an economy-wracking health crisis.

Millions more in fees have been collected by the Ohio Department of Commerce and Board of Pharmacy since the program’s inception. Those funds are reinvested back into the OMMCP to run the program.

Through Feb. 2, total retail sales were $307.8 million. And as of Jan. 1, there were 214,916 marijuana recommendations made and 160,288 registered patients. About 13% of registered patients have not purchased anything. Nearly 700 doctors now have certifications to recommend marijuana.

Now in its third year for sales, Ohio’s medical marijuana industry is beginning to stretch its legs.

Yet the program is generating proceeds short of its potential, operators say, especially when comparing sales to similar medical markets having greater success.

According to the state’s budding marijuana growers, processors and retailers, this is largely a function of the state’s heavily regulated program, which they say needs to be improved to better promote a thriving industry and enhance access for patients.

“Our market could easily be 50%-100% more robust,” said Andy Rayburn, CEO of Buckeye Relief, an Eastlake marijuana cultivator and processor, and president of the Ohio Medical Cannabis Industry Association (OMCIA ) trade group. “The single biggest limiting factor is that we have 52 dispensaries open — and 59 in total licensed. The result is patients don’t want to wait in line, and potential patients are less motivated to get their cards.”

It’s common for operators in Ohio to compare this market to others, like Pennsylvania or Maryland, where medical programs are generating greater proceeds with comparable patient pools.

But with federal prohibition necessitating states to have their own insular programs, each market is set up and evolving differently — in many cases to the benefit of patients and their surrounding industries. Pennsylvania, for example, allows conditions such as anxiety and autism to be treated with marijuana, which Ohio has denied adding to its list.

Some Ohio marijuana businesses express annoyance with state regulators and policymakers not reacting more quickly to support the burgeoning industry here. State regulators note that changes are in the works. But for companies, those aren’t coming quite fast enough.

“The Ohio House and Senate have not shown the appetite to improve the Ohio law, but we believe that there is a chance that changes may be made in 2021,” said Jared Maloof, CEO of Standard Wellness, a Gibsonburg-based vertically integrated marijuana company operating The Forest Sandusky dispensary.

“From an association standpoint, we are looking at any and all options to better the program,” said Matt Close, executive director of the OMCIA. “If we need to take a legislative approach, we will.”

Here are some of the factors complicating greater success of Ohio’s marijuana program:

Marijuana companies across the supply chain say there are simply not enough retailers to properly meet customer demand.

The long drives for customers in pockets of the state with few or no dispensaries around and long waits outside (due to COVID restrictions) deter some participation.

“A population of nearly 12 million could quite easily sustain 250 dispensaries,” Maloof said. “The current infrastructure of dispensaries is having a difficult time keeping up with patient demand, and in some cases, patients wait over an hour to obtain their medicine.”

Ali Simon, a spokeswoman for the Ohio Board of Pharmacy, which regulates dispensaries, said the board is “in the process” of reviewing the need for additional marijuana stores. If more licenses are to be awarded, the board will issue a request for applications specifying the requirements and process.

But companies are antsy for that process to play out more quickly.

With how long it took the first dispensaries to move through the process from application to opening, companies say it could take at least 12 to 18 months for new shops to come online following the release of those RFAs.

“By that time, we will have a patient count well over 300,000,” Rayburn said, “and the market will be underserved.”

The OMCIA and other petitioners have again asked the state to consider a number of new qualifying conditions for medical marijuana, many of which are permitted in other states, including anxiety disorders and autism. Anxiety disorder is the most commonly cited condition for using medical marijuana in Pennsylvania behind chronic pain.

Anxiety and autism have previously been rejected by the Ohio State Medical Board as appropriate qualifying conditions.

If the medical board doesn’t agree to add qualifying conditions such as those, policymakers could introduce legislation to build them into House Bill 523, the bill signed into law by then-Gov. John Kasich establishing the OMMCP.

A recent report by the Drug Enforcement and Policy Center at Ohio State University found that prices for marijuana products in Ohio are a major deterrent for patients. Per a corresponding survey, the report notes that 84% of respondents said they would buy legal marijuana at a dispensary if costs were more in line with the black market.

For example, the report found a gram of flower in Ohio as of last August to be about 15% higher than the reported price in Michigan and 28% higher than the black market. Some operators contend Ohio’s prices are lower than this report suggests when factoring in discounted products and deals for groups like veterans.

Companies say high costs are due in large part to the expenses tied to Ohio’s heavily regulated program, including stiff annual licensing fees.

High price is the top complaint Kate Nelson, president of Greenleaf Apothecaries, which operates five dispensaries under The Botanist brand, tends to hear from customers. While prices are competitive and have been coming down, the regulatory costs make it harder to compete with markets next door, like Michigan, where customers go to buy marijuana to take back home to Ohio (crossing state borders with marijuana bought in another state is illegal).