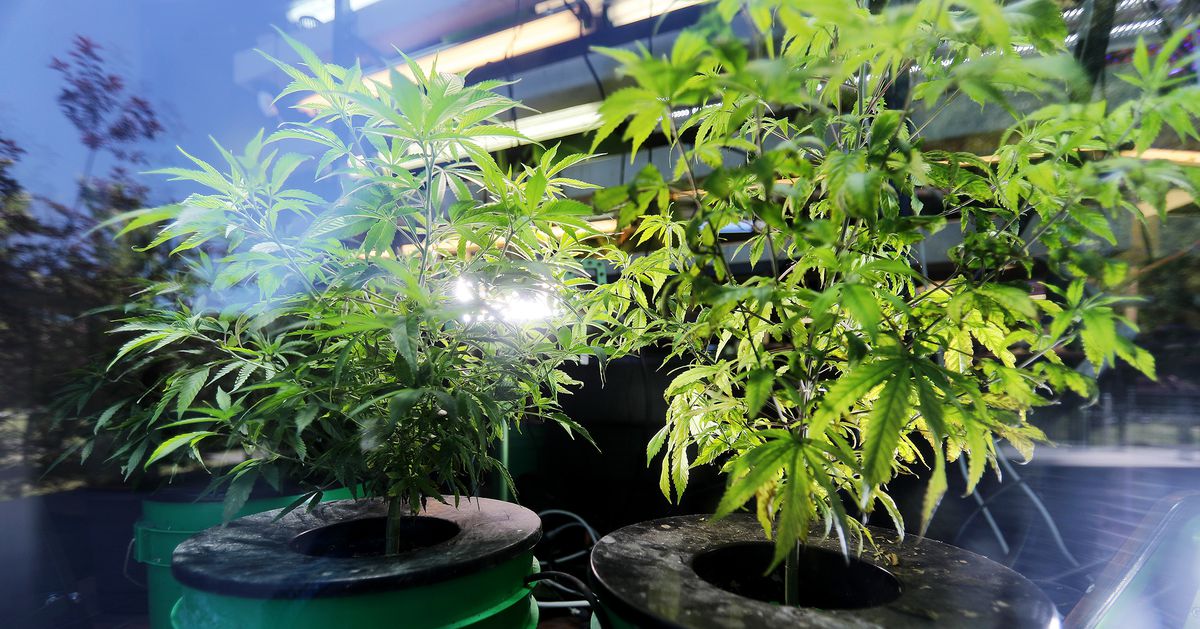 SALT LAKE CITY — A year after Utah implemented its medical marijuana program, lawmakers are proposing bills that they say will reduce issues with the current law — one that would let any doctor recommend marijuana and another that would allow marijuana to be prescribed for those addicted to opioids in pain settings.

Among its larger changes to the law, SB170 would allow any doctor to recommend medical marijuana to up to 15 patients without becoming a qualified medical provider in the Utah Medical Cannabis Program. It would also add podiatrists to the list of specialists who can recommend the plant for pain conditions.

The current law only allows those doctors registered with the program to recommend marijuana. They can recommend the drug to 275 patients, or as many as 600 if they have a certification from the American Board of Medical Specialities.

Bill sponsor Senate Minority Whip Luz Escamilla, D-Salt Lake City, calls SB170 a “cleanup” bill that came after a full year of work to address gaps in the state’s medical marijuana program. Cost and access remain as issues, but the program has only been in place for a short time, Escamilla noted, explaining: “We’re trying to make it better every year.”

The bill is co-sponsored by Rep. Ray Ward, R-Bountiful, a medical doctor by trade who is registered as a qualified medical provider in the medical marijuana program.

“We have a problem right now in the state with supply and demand, because the supply of providers willing to be a qualified medical provider is so constrained. Some I would say unscrupulous — but the law doesn’t forbid it — providers are able to charge very high cash amounts, $300, $500, $600 for a person who then doesn’t have another easy way to visit,” Ward told members of the Senate Health and Human Services Committee on Wednesday.

Rather than the state telling doctors they can’t charge so much, a better solution would be to increase the supply of providers willing to recommend medical marijuana, he said.

Desiree Hennessy, with the Utah Patients Coalition, acknowledged that the idea of letting more doctors recommend cannabis is controversial for some. But the proposed change is due to “widespread” red tape preventing patients from finding doctors, she said.

“The problem we were seeing the most of is these predatory costs,” Hennessy said.

As of the end of 2020, 18,465 patients in Utah had active medical cannabis cards, while 4,830 had informal recommendation letters, which the law allowed as a substitute to the official state cards until the end of the year, according to data from the Utah Department of Health.

In the current program, to register as a qualified provider, doctors need to view an hourslong training program and pay fees — a barrier that advocates say has prevented many from getting involved. Ward said the state’s software for the program is also difficult to navigate.

Ward said he hopes that letting doctors recommend marijuana to a small number of patients without jumping through those hoops will help them become familiar with the drug and eventually decide to register with the program, which would allow them to recommend cannabis to more patients.

Addressing some critics’ concern about letting any doctor recommend medical marijuana without training, Connor Boyack, president of libertarian think tank Libertas Institute, said the law already allowed them to do so since the program began. The law already outlined that they could recommend marijuana until 2021, when they would need to register with the Utah Department of Health to continue.

“This bill, it doesn’t open a new door. If anything, it’s decreasing the size of the door, making it harder to get through,” Boyack said, because now those who haven’t registered will need to fill out more detailed, “prescription-like” recommendations.

Most doctors are doing research “constantly” and learning about new treatments, Escamilla said. “And they have a relationship with their patients. And they may think, ‘Hey, my patient seems to fit this criteria. I will send them this way and see if this helps,’” she said.

The bill would also add medical cannabis to doctors’ regular training that takes place every two years when they renew their licenses to prescribe medications.

Escamilla said she wants to add podiatrists to the list because “it fits within their scope of work” in pain management. The specialists’ addition would not add other conditions to the list of approved conditions.

The committee gave the bill a favorable recommendation. It will move to the full Senate for consideration.

According to state data, only 1 out of 164 petitions for special permission has been denied.

One proposed bill, HB210, would allow those who suffer opioid addiction to receive medical marijuana for pain management. It would apply to those who recently had a dental procedure, injury or surgery and want to avoid using opioids, for example, said bill sponsor Rep. Gay Lynn Bennion, D-Cottonwood Heights.

“Some people can’t use Tylenol or ibuprofen, and if they and their medical physician recommended this, it would just be another option to keep them away from something that is likely to kill them,” Bennion said.

Last April, Bennion said she learned that a friend’s child has needed medical cannabis for the past several years for multiple medical conditions. At age 8, the boy was prescribed opioids, but he has family members who are or were addicted to opioids.

“So she knew right off that that was not an option she would ever consider for her child,” Bennion said.

Eight or nine years ago, the boy began using cannabis patches to help him deal with his pain crises, which don’t occur all the time, Bennion said.

The bill would allow cannabis to be recommended to patients or outpatients getting treatment at pain clinics and other medical clinics.

Boyack said Libertas Institute supports any proposal to broaden the medical cannabis law, but “unfortunately, I don’t know that that bill is going to go very far.”

“I do think it’s important that we have a discussion about if we’re leaving other conditions out that need to be on the list,” Boyack said.

“But frankly, I think, rather than nitpicking at little issues here and there, what we really need to be doing is having a conversation as to whether the state law should have any condition list at all. Our position is that we should be trusting doctors to figure out if their patients should qualify and should use this without the state law making political decisions to prohibit certain people,” Boyack said.

He said he doesn’t know anyone who meets the criteria outlined under the bill. He noted that the current law contains a “very generous pain provision” for anyone experiencing prolonged pain due to substance abuse issues. The compassionate use board would likely address those in opioid use disorder situations, he said.

Bennion agrees the bill isn’t likely to get considered this session unless there’s enough pushback from the public on it. It’s getting held in rules committee because some lawmakers are concerned that clinics won’t want to be liable for allowing a drug that is federally illegal.

“But lives are hanging in the balance, and again, it’s such a small sliver of our population that we’re trying to help,” Bennion said.

In Utah’s medical marijuana program, it takes about two weeks before someone can receive medical marijuana after receiving a recommendation. Patients who have just undergone surgery or an injury won’t be able to wait that long to receive pain management care, Bennion said.

“But (the bill) opens this important discussion that we need to have,” she said.

Unlike opioids, medical marijuana is “something that’s natural and will not kill them, and will not lead them back to an addiction that will ruin their lives,” Bennion said.

She said she hopes the Biden administration will remove marijuana from the restricted drug list so that it can undergo more research.

Another bill is expected that could address patient legal protections, return to a “central fill” concept for cannabis distribution and/or add more conditions to the list of qualifying conditions. The sponsor of that anticipated bill, Senate Majority Leader Evan Vickers, R-Cedar City, has said lawmakers will listen to suggestions from the program’s Compassionate Use Board and Cannabinoid Product Board when considering new forms or conditions to add.

Utah voters approved a ballot initiative in November 2018 legalizing doctor-approved marijuana treatment for certain health conditions. State lawmakers the next month replaced the measure with a law they said puts tighter controls on the production, distribution and use of the drug. Utah’s Medical Cannabis Act then went through multiple changes in subsequent legislative sessions before the program launched last March.