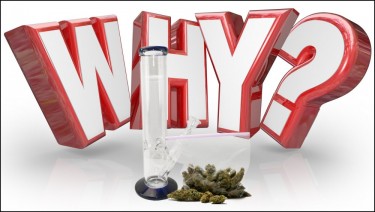 These days it seems that most people are in favor of cannabis legalization. However, it might surprise some of you that there are several people who are adamant about keeping cannabis illegal. More surprising, some of these people who don’t want to legalize cannabis are cannabis users themselves.

In this article, we are going to go over the myriad of reasons why some people are completely against the legalization of cannabis. It is important to distinguish those who are in favor of prohibition and those who are simply not in favor of the legalization that we are currently seeing. Namely, an industry run by those with deep pockets, where regulators overtax and make it impossible for the everyday working class citizen.

Reasons why prohibitionists are against cannabis legalization.

Let’s start with the obvious first. The fundamental reason why prohibitionists are opposed to the legalization of cannabis is – ignorance. Another reason, they have some sort of financial stake in the prohibition of marijuana. Often times shares in private prisons, or rehabilitation clinics, or backers from the Pharmaceutical industry, etc.

In essence, there are two types of prohibitionists. The one who spins the stories and the one who believes them. Fortunately, the group that buys into the narrative of prohibition has been in steady decline over the past few decades. These days the support for cannabis is through the roof.

Of course, now with nearly a decade of legal recreational cannabis within the United States – at least at a state level – the evidence of these hypotheses have proven to be false.

In fact, in many cases the opposite has manifested. For example, while the notion that legalization would lead to an increase of youth consumption, recent studies reveal that there is actually a decline in teen use rates. One of the reasons cited for this occurrence includes a difficulty of access due to removing the substance from the black market.

This is precisely why the vast majority of Americans and frankly the world is ready for legalization. However, not only prohibitionists or opposed to the idea of legalization. There are many cannabis activists that now, in a post legalized world have found that what they sought was not what they got.

Could legalization just be a different form of prohibition?

Recently, I have spoken to several cannabis activists who have been very vocal about their activism over the years. While the majority do not have any major qualms with the current state of legality within The US and the world, there are a few who have taking up some issue with legalization.

For example, in Canada the federal government essentially runs the entire cannabis market. However, before the Canadian government ever considered legalizing cannabis there were thousands of growers and activists who risked their lives and freedom for the right to consume and grow cannabis.

Now that the government is trying to muscle them out of a market that they fought for, they’re changing their tune about the idea of legality.

When you come to think about it, the idea of prohibiting you from growing and consuming and even selling a plant is ludicrous. Simply because cannabis has some sort of physiological and neurological effect, does not give the government or any organization the right to prohibit you from consuming it.

Nonetheless, there are many people who grow cannabis and have consumed cannabis for decades who now no longer support the notion of legalization.

Some of the reasons this group subscribes to include, “the current system has and unfair price entry point for the average citizen to participate in the market.” “Regulations make cannabis too expensive which ultimately leads consumers to continue to purchase in the black market.”

Additionally, there are some activists who believe that cannabis should simply not be regulated at all. Especially when it comes to home cultivation as well as personal consumption for adults.

There will never be a policy that appeals to everyone. When it comes to cannabis this is completely true. For the most part the cannabis industry is reserved for those with deep pockets and political connections.

Additionally, many of the people who are deciding cannabis laws have absolutely no experience in the matter. For example, the state representative in Colorado who wishes to place a 15% cap on the THC within cannabis products including flower.

This has largely been the problem for the cannabis industry seeing that nonexperts utilize speculative science to determine policy that has a very real impact on the people who consume and produce the product. It’s OK to want to make things safer for people to consume, but to place a limit on THC is to sanction a new black market for high potency cannabis. 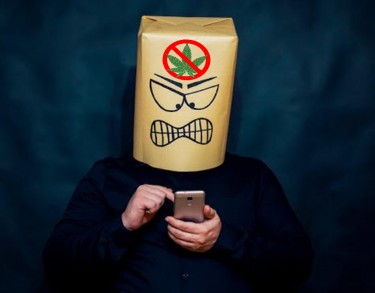